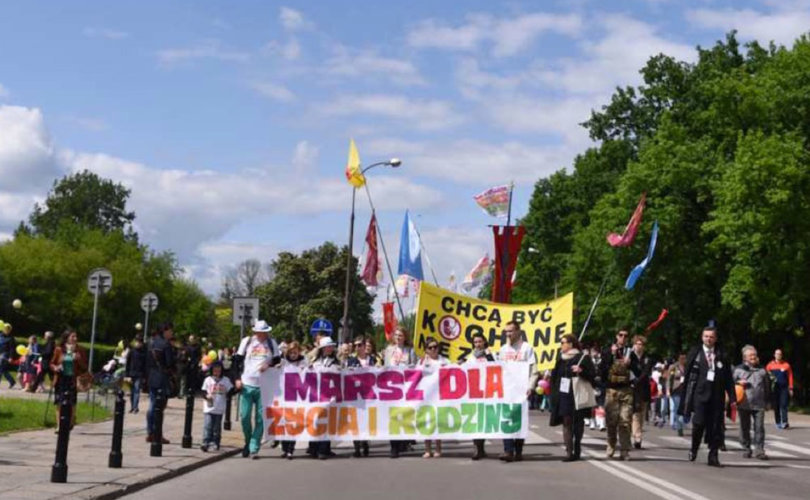 NEW YORK, June 24, 2016 (C-Fam) The Polish government snapped back at European bureaucrats in a scathing response to a report published last week by the Council of Europe that criticized Poland’s restrictive abortion law and its treatment of women.

Donning the ceremonial tone and submissive deference that many countries adopt in their interface with international bureaucrats, Poland accused the Council of Europe Commissioner for Human Rights, Latvian-American Nils Muižnieks, of “overstepping his mandate,” of bias and selectivity, and interfering in internal affairs in an official response to a report of the Commissioner published last week.

In a section on “sexual and reproductive health” the Commissioner’s report instructs Poland to decriminalize abortion, remove conscience protections for doctors and medical personnel, and enact mandatory comprehensive sexuality education.

Instead of bowing obsequiously as is commonly assumed nations will do in such situations, Poland replied that the Commissioner had his facts wrong, and that he both misunderstood Polish law and the obligation of Poland under the European Convention on Human Rights.

“Polish law in this regard has its sources in the Constitution and is conditioned by a widely shared care of Polish society for the respect for life,” was Poland’s specific response on the issue of abortion.

The Commissioner also suggested, on the basis of reports from International Planned Parenthood Federation, that Poland was somehow preventing women from accessing contraceptives because it would not subsidize certain contraceptives.

The Polish government accused Planned Parenthood of self-interest for seeking financial profit from the sale of contraceptive drugs.

International Planned Parenthood Federation “can hardly be called an impartial source of information in the light of its active involvement in promoting access to contraception and abortion, and its roles in facilitating direct access to such services,” the Polish government said.

But Poland’s harshest criticism of the European human rights bureaucracy was in the section on women’s equal rights, which took up approximately one third of the report.

The Commissioner’s report accused Poland of holding back women from economic and public life, and failing to criminalize and prosecute violence and sexual harassment perpetrated on women—smears commonly leveled against countries that protect life in the womb.

Poland said the Commissioner was merely parroting poor information provided by a few organizations that are hardly representative of civil society in the entirety of the country and “completely ignoring” the information provided by the government. The Polish response compared this uncritical repetition of unverified opinions “not based on facts” to the game “Chinese whisperers” in which a message is delivered incorrectly after a series of translations.

It called such accusations “ideological” and “off the mark,” highlighting data showing that Poland has some of the lowest rates of domestic violence and of sexual harassment in the workplace in all of Europe.

Poland also pointed to OECD data showing that, among other things, in Poland the gender pay gap is among the smallest in Europe at only 10.6%, less than Germany, the Netherlands, Sweden and Norway, that Poland has the second-largest share of women investors, and that the ratio for female Parliamentarians stands at 27.4% which is comparable to the average for Europe of 28.58%.