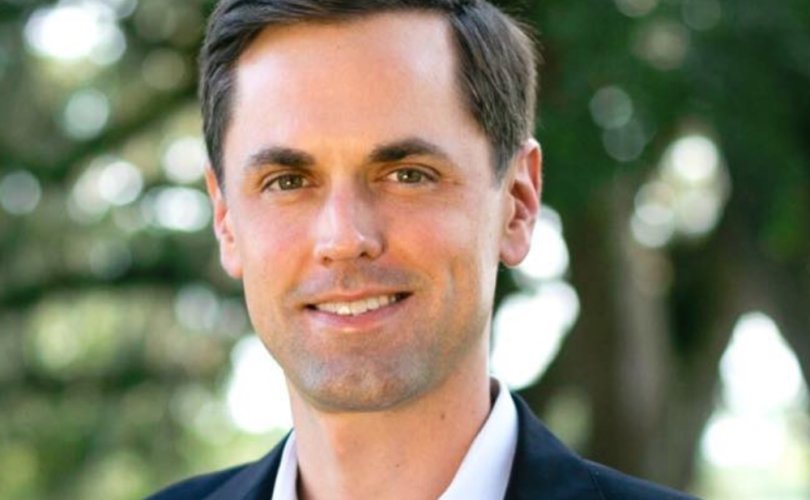 AUSTIN, Texas (LifeSiteNews) — Texas state legislators have warned law firm Sidley Austin that it could be in violation of the law for funding abortions.

The pro-life Texas Freedom Caucus sent a letter, signed by its chairman, Rep. Mayes Middleton, to the international law firm and informed it that it must preserve all records concerning its alleged aid to a woman who had a chemical abortion in Texas against state law.

It “appears that Sidley may have aided or abetted drug-induced abortions in violation of the Texas Heartbeat Act, by paying for abortions (or abortion-related travel) in which the patient ingested the second drug in Texas after receiving the drugs from an out-of-state provider,” the letter stated. “Litigation is already underway to uncover the identity of those who aided or abetted these and other illegal abortions.”

The letter reminder Sidley Austin that Texas’ pro-life laws “extend to drug-induced abortions if any part of the drug regimen is ingested in Texas, even if the drugs were dispensed by an out-of-state abortionist.”

“To the extent that Sidley is facilitating abortions performed in violation of [state law], it is
exposing itself and each of its partners to felony criminal prosecution and disbarment,” the letter stated.

The letter also warned the company about its current plan to subsidize employees’ abortions.

A law firm in Texas pledged to reimburse the travel costs of employees who leave Texas to murder their unborn children. We are putting them and others on notice of the illegality and consequences of their actions under pre-Roe statutes. See our letter below: #txlege #ProtectLife pic.twitter.com/ef8KNRYbwE

“We will also be introducing legislation next session that will impose additional civil and criminal sanctions on law firms that pay for abortions or abortion travel,” the legislators wrote.

The legislation will be modeled on the Texas Heartbeat Act which relies on private lawsuits against anyone who “aids or abets” in an abortion when a baby’s heartbeat can be detected, generally around six weeks.

The proposed law will also “require the State Bar of Texas to disbar any lawyer” who assists in breaking pro-life laws. It will create a private right of action that allows citizens to sue the State Bar to enforce the provision.

Furthermore, the Texas legislators plan to change the law to allow any district attorney to file criminal abortion charges, even if the prosecutor in that district does not enforce the law.

“The state of Texas will ensure that you and colleagues are held accountable for every abortion that you illegally assisted,” the letter stated.

The current law and potential changes would affect corporations that plan to fund abortions for employees.