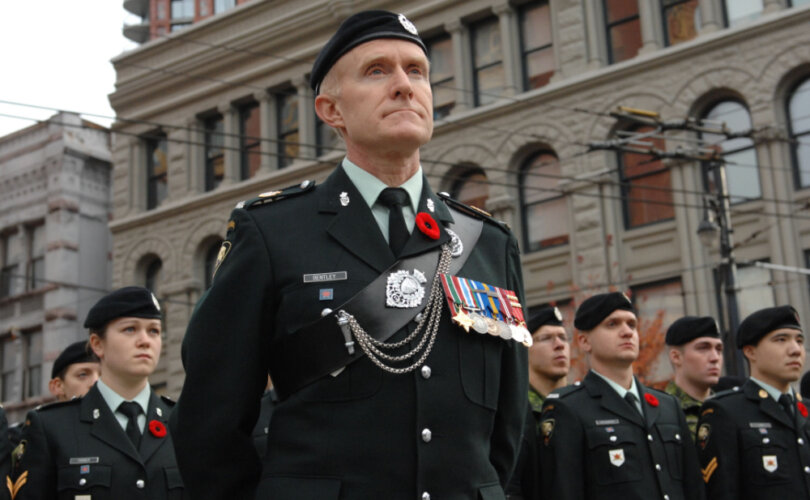 OTTAWA (LifeSiteNews) – Conservative Party of Canada (CPC) leader Pierre Poilievre blasted Prime Minister Justin Trudeau’s government over the “embarrassing” reports that no less than six veterans had been offered assisted suicide instead of the help they need to get better.

“The heroes that protect our country and go to Veterans Affairs to get the services to which they are entitled, this government is now racking up an embarrassing and shameful record of having recommended medical assistance in dying at least,” Poilievre said December 14 during the last day of debate this year in the House of Commons. Poilievre shared the video Monday on Twitter.

Poilievre said at least “a half a dozen veterans now report that they have been advised that medical assistance in dying might be the best solution for them.”

“Can the Prime Minister, having had time now, tell us exactly how many veterans have been recommended that their lives come to an end?” he asked Trudeau.

In response, Trudeau admitted that veterans being offered medical assistance in dying (MAiD) did occur. He also claimed the practice is “absolutely unacceptable” and that it would stop.

Trudeau’s claims were made despite the fact it is his government that has allowed Canada’s euthanasia laws to spiral out of control, according to pro-life advocates.

Poilievre continued to press Trudeau over veterans being told by Veterans Affairs Canada (VAC) that they should consider killing themselves instead of getting proper care.

“Mr. Speaker, this from the Prime Minister who said that veterans are asking for more than he can give. This is from the first prime minister who has ever presided over a Veterans Affairs department and who recommends that the heroes who served our country should get medical assistance in dying instead of being given a good life, the one they have earned,” Poilievre said.

Poilievre noted that one veteran said about MAiD being offered to former soldiers “that the policy is triple D: delay, deny and dead veterans.”

“The question is very specific. How many veterans have been given the recommendation that they should go to medical assistance in dying? Give the number, please.”

In response, Trudeau offered no number, and instead said one would be “too many.” He also claimed his government “respects” veterans.

In recent weeks, reports have surfaced that reveal that Canadian veterans were being offered MAiD by workers at VAC.

In one instance, retired corporal Christine Gauthier said VAC offered her the tools to kill herself instead of helping her get a much-needed wheelchair ramp.

Gauthier was so traumatized by the incident that she wrote directly to Trudeau detailing her experience. She also spoke about her trauma before Canada’s House of Commons veterans committee earlier this month.

“With respect to MAiD, I have a letter in my file because I’ve had to face that as well. I have a letter saying that ‘if you’re so desperate, madam, we can offer you MAiD,’” Gauthier said to the Veterans Affairs Committee.

“They said, ‘Ma’am, if it’s too difficult for you to continue living, we can offer you medical aid in dying.’ They offered to supply equipment.”

This is not the first time that Poilievre, despite being in favor of abortion, has spoken out against Canada’s ever-expanding euthanasia laws. He recently sounded the alarm over the Trudeau government’s plans and outright rejected the notion that the laws should be further expanded.

Due to massive pushback from conservative politicians and citizens, the Trudeau government is now looking to delay the expansion of the nation’s euthanasia law to be applicable to those suffering solely from mental disorders.

Many pro-life advocacy groups, such as the Euthanasia Prevention Coalition and Campaign Life Coalition, have consistently warned Canadians that MAiD laws would exponentially expand under Trudeau.

Just recently, pro-life Delta Hospice Society (DHS) president Angelina Ireland warned LifeSiteNews that the recent delay in the expansion of Canada’s euthanasia law does not mean the government is reversing course on its grisly plans.